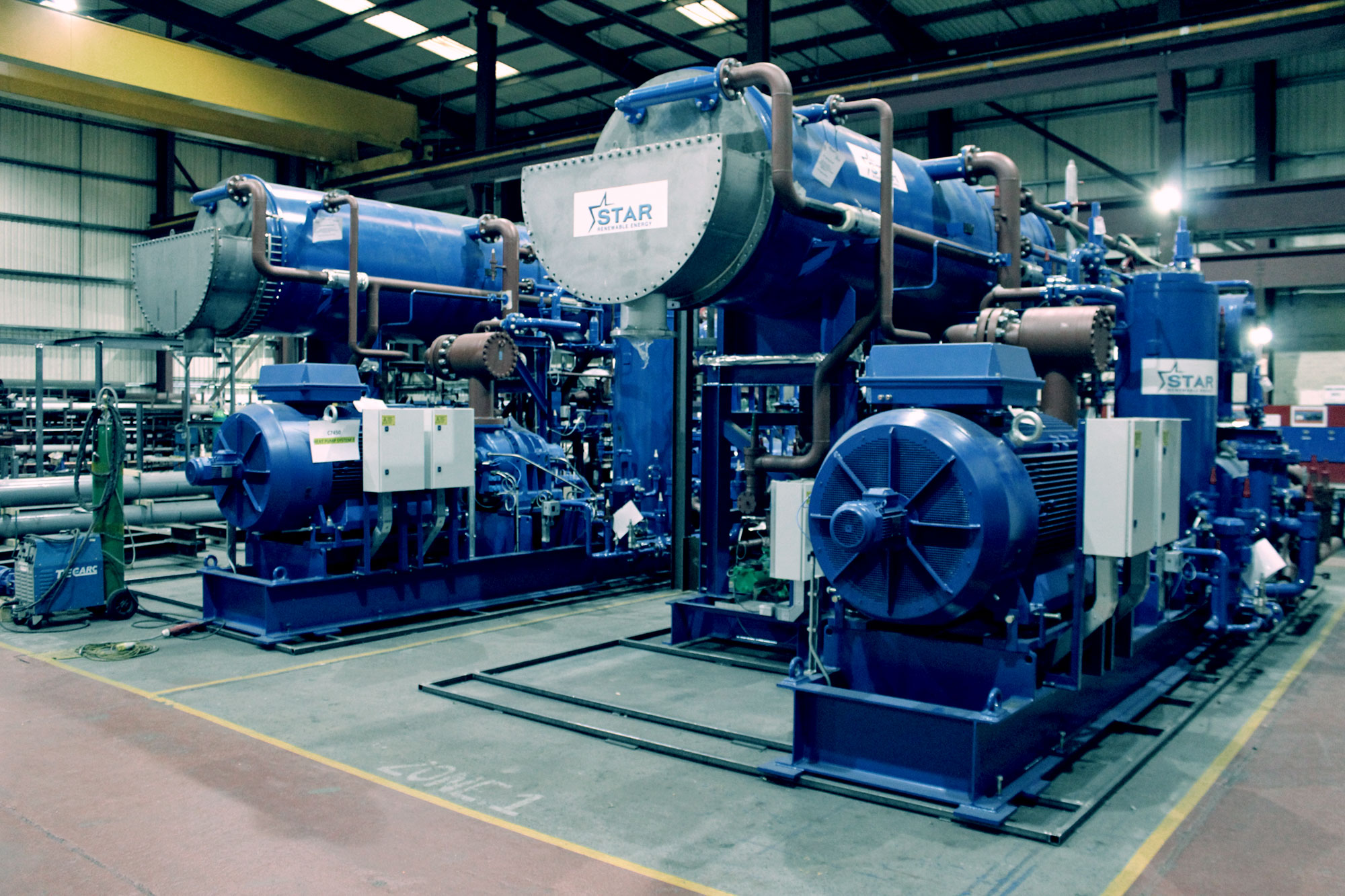 Star Renewable Energy is once again exhibiting at the All Energy Exhibition and Conference, this year along with Vital Energi and West Dunbartonshire Council to showcase the recent partnership delivering district heating to Queens Quay. The event takes place on 15th and 16th May 2019 at SEC Glasgow and is set to attract upwards of 7,000 visitors.

All Energy 2019 has an impressive conference programme, representing the broad spectrum of the energy industry including renewables, sustainability, facilities management and energy efficiency. As an unrivalled hub for networking, Star Renewable Energy is exhibiting alongside innovative companies and elite research facilities in the sector including E-On and the University of Edinburgh.

The collaborative project is part of the regeneration of Queens Quay, which has seen an investment of £250m. For the first time ever in Scotland, water source heat pumps will take heat from a river to deliver hot water and heating to a large development as part of a district heating system. The ambitious low carbon energy project delivered by Vital Energi is scheduled to be deployed in September and was recently visited by Scottish Green Party Co-Convener Patrick Harvie

The two 2.6 MW heat pumps will provide heat and hot water to all of the new buildings in the development and some of the existing public buildings. The heat generated will be pumped through 2.5km of district heating pipe connecting local homes, businesses and public buildings such as West Scotland College and Clydebank Library and over 1,000 new homes. West Dunbartonshire Council has funded 60% of the energy project, which has also been supported by the Scottish Government’s Low Carbon Infrastructure Transition Program (LCITP).

West Dunbartonshire Councillor Iain McLaren, convener of infrastructure, regeneration and economic development, said: “Providing low carbon heat to the Queens Quay housing development, as well as the college and local businesses really does put Clydebank at the forefront of renewable energy technology, and it is fantastic to see the interest that is being generated by this exciting project. The scheme looks set to deliver huge environmental benefits, as well as financial ones, far into the future. I am really looking forward to the completion of the system, and to see whether we can expand or replicate the idea elsewhere.”

The industrial district heat pump can generate heat three times more effectively than gas boilers, allowing it to offer affordable heat with a drastically lower carbon footprint than fossil fuels. With no local NOx or SOx air pollutant emissions, this is an even more future proof outcome.

Dave Pearson, Director of Star Renewable Energy said, “There has never been a higher profile for low carbon and clean energy beyond the now ubiquitous wind generation. Heating is far more challenging and done badly far more damaging to our environment and our citizens. Many have read the recent Committee on Climate Change advice and concluded we should be burning hydrogen in our cities. We believe in deploying known and proven technicians that can be deployed at scale now. If we have learned anything from Greta Thunberg’s determined campaigning it is “do more faster” This is what we have striven to do over the last 8 years since proving high efficiency, high temperature heat pumps from a readily available resource of a large river is possible and now in Clydebank we will prove this all over again. With West Dunbartonshire Council and Vital Energi we will spread the word about the successful Queens Quay project, and hopefully inspire others to consider heat pumps as an efficient low cost, low carbon solution for heating systems.”

At the event’s ‘Low Carbon Heat’ conference opening session, Dave Pearson will be joining a host of other names making radical advancements in the renewable sector.  Alongside representatives from industry including Fabrice Leveque, Senior Policy Manager, Scottish Renewables and Paul Steen, UK Head of District Energy, Ramboll, Mr Pearson will urge attendees to act now and “tackle the climate emergency with the use of proven heat pump technology to end our voluntary addiction to fossil fuels”.

The potential for water source heat pumps is huge; heat pumps have already been deployed in the rivers and seawater to generate heat for entire cities. Queens Quay will harvest solar energy from the entire River Clyde catchment area; a huge 4000 square kilometres. If district heating networks powered by these kind of renewable sources were installed across the UK, capital costs of heat networks could be reduced by 40% as reported by the Energy Technologies Institute (ETI). Moreover, decarbonisation of the global energy system can grow the global economy and create up to 28 million jobs in the sector by 2050.

Find out more about the first large-scale water source heat pump scheme of its kind in Scotland by visiting stand C28 in the energy efficiency and heat zone at All Energy 2019.

Register for the event here.

To learn more about the Queens Quay regeneration project visit their page here.