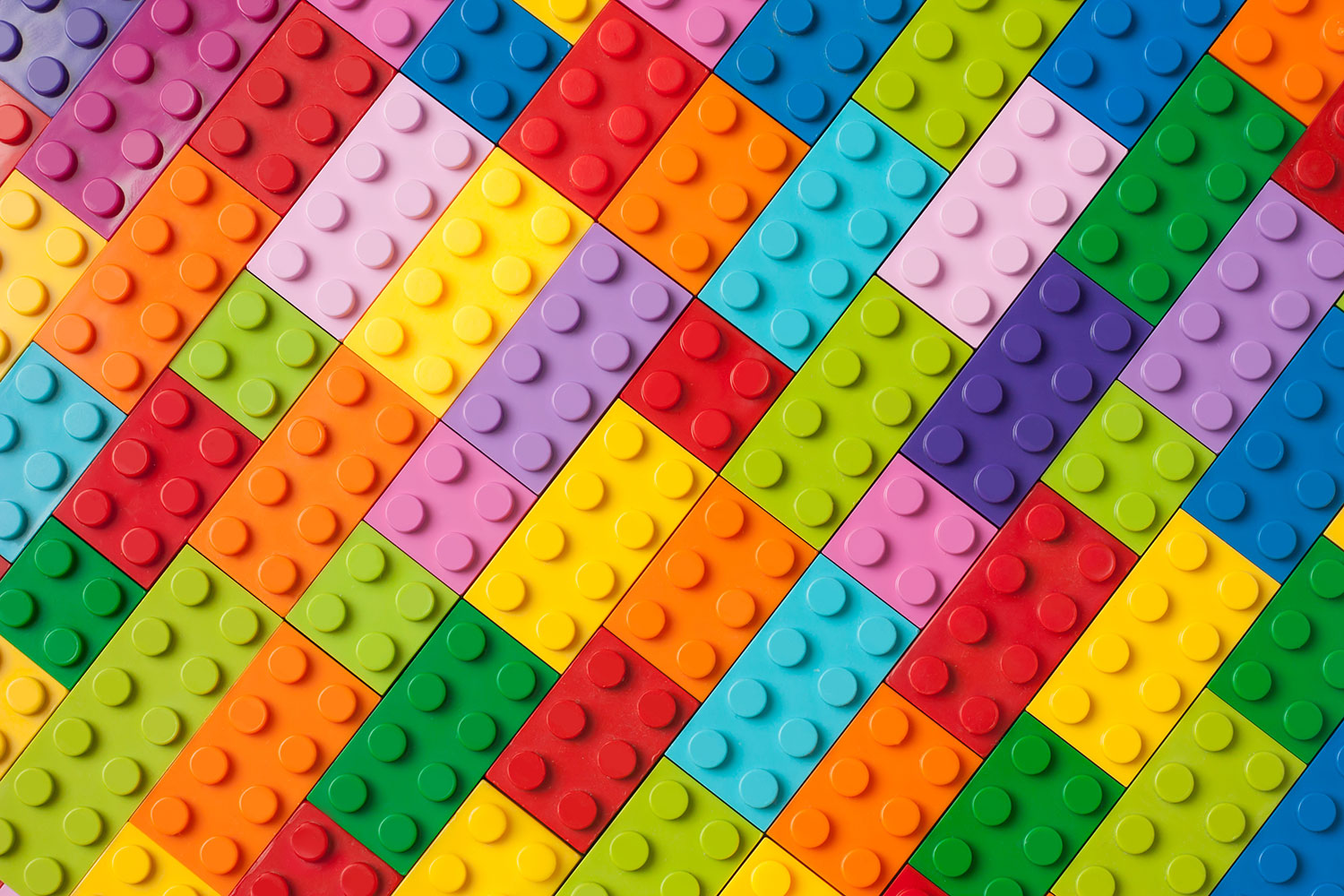 One of my early conversations about heatpumps was with two guys in Aarhus in Denmark. A mere 5 years ago. I was later to fly several times to see them, sometimes via  Billund. Not a very famous place perhaps until one realises it is birthplace and HQ of “leg godt” Danish for “play well”. Of course we know it as Lego. Founded in 1932 they have become the most recognisable toy in history with estimated production of over 400 billion pieces to date.

What lego has produced or certainly “moulded” are inquisitive minds. Minds that appreciate that imagination and work leads to a novel outcome. There can be few humans on the planet who have not played with Lego and every single one of them will have created a unique design. This fluidity in the human mind and spirit is what underpins the recent Lego movie. Whether you have kids or not, whether they are aged 5-10 or not, go and see it. It is a master piece in human spirit in it’s own right with a story rich in mature meaning and cameos from more familiar stories from the ages. It’s also very funny.  My sons favourite bit is the Lego Batman saying “I only work in black………..or at least dark grey”.

There is a common theme in the movie that mirrors a child’s interaction with lego bricks this being “know when to follow the rules and know when to use your imagination”. There are fundamental “building blocks” that still exist for example two pieces will fit one way but not if inverted to each other. The same is true of heatpumps and their engineering. Basic rules, established over decades in refrigeration, exist in their design and application relating to pressure envelope, lubrication, maintenance access as well as the more fundamentals such as heat in plus work = heat out.

Where a mind, founded in the generation of lego is quite comfortable is the basic premise of a heatpump that so long as you have something that you can cool down and there is a need for the heat then a working system is plausible.

This is where the detail of workability comes into play. Certain rules exist beyond simple functionality and that is where our efforts have focussed in the last 5 years. Let’s be quite specific. We didn’t invent heatpumps. We weren’t the first to realise they could deliver value or more specifically heat at lower cost than combustion techniques. Primary activists in this emerged during WWII in Switzerland, a country prevented access to oil and gas but rich in hydroelectric resources. As Lord Kelvin predicted in relation to Niagara Falls, “great swathes of North American homes would be heated with electricity from the Niagara Electric company and heatpumps”. Of course efficiency is always important as one want the greatest return for investment but when a heatpump is being considered in the “free world” with abundant sources of fossil fuel then the calculation becomes an economic one.

Where the Brussels administration is to be applauded is in the desire to harness renewable sources of heat. This position is somewhat flawed in that it merits sources of heat attributable to the sun as more valuable, purer indeed than harnesses bona fide sources of waste heat. Commendable in it’s purity, but in reality an unfortunate distortion towards the use of relatively cool sources of heat such as rivers and underground aquifers, likely to be below 10C most of the year. Contrast this to the heat rejected by many production processes from plastic forming (a lego again) and various distilling and brewing to name a few. Lego is now manufactured from ABS and created by melting the material to 220C. The dough like ABS is injected into moulds and cooled down. Ultimately as far as ambient but certainly in the immediate cooling zone closer to 100C. I wonder, is any of this heat is harnessed for practical use? A similar situation is being planned in Lund in Sweden where a particle accelerator is being developed to propel a single electron at twice the speed of light over a 600m track before it is diverted into a chamber. Will this solve the great conundrum of energy “creation” and make a clean fuel available for generations to come? I have no idea, but I do know that the planned apparatus will result in 30MW of heat being rejected and they plan is to use heatpumps to boost that up to useable grades for the nearby city heating system. Ironic that a device that will render heat boosting obsolete will in the intervening period benefit from heatpumps.

The point? This waste heat is not considered renewable and hence in no country would be able to claim contribution to the legally binding renewable heat targets. Plaudits where plaudits are due, in the UK our leaders have gone one step further and incentivised this use of renewable heat. This fore-shortens the breakeven point of a big heatpumps making it a commercial reality but it makes the reality more pressing that subsequent support is made available. Why does it matter?

Take this example of a distillery in Glasgow, next to the Clyde. The distillery has 20MW at 50C the river has a significant flow at 5C.

A heat network would have to run at say 75C/45C and so the efficiency of heatpump sourcing heat at 50C cooled to 30C would be around 6.0. Sourcing the heat from the river would be a COPh of about 3.0

The former is clearly the better heatpump as it uses half as much “new energy” but the latter is more likely as a project.

So some latitude and imagination (to evolve the rules) would allow a better outcome.

The lego movie evolves and without “spoiling” it becomes central to the plot that bricks should be freely assembled and rules aren’t always to be followed.

The biggest rule we have to evolve is “you have to burn something to get heat”. A theme from blog #1 but still as relevant as ever.

Big river source heatpumps have reached the heights of the Independent on Sunday and comments by Ed Davey. The diatribe of comments slagging off this wonder of science is shocking.

Mr Davey said: “This is at a really early stage, but it is showing what is possible. You never have to buy any gas – there are upfront costs but relatively low running costs.

“I think this exemplifies that there are technological answers which will mean our reliance on gas in future decades can be reduced. Here you have over 100 homes, you have a hotel with nearly 200 bedrooms and a conference centre that won’t be using gas. It will be using renewable heat from the nearby River Thames”.

Whilst I applaud this project and the article it makes a big over simplification that heatpumps can heat any building. In reality the “normal heatpumps” struggle to reach above 50C and still maintain an economic and carbon advantage. This is where the article from Drammen carries the story forward. www.tinyurl.com/afjordable-heat

In due course, the RHI will not exist and life will revolve around unsubsidised solutions. If we are to carry forward the work of heatpumps, we will need to have achieved several things.

1-a fundamental awareness of heatpumps existence. Sounds dramatic but in reality they are not well known.

2-a wider exist of what makes a good heatpump system (ie warmest possible source and coolest possible demand). Drammen, as fantastic as it is would use 30% less electricity if the heat was sourced from a data centre. Additionally, a chunk of the electricity could be attributed to the data centre or the cooling taken as “free”. Networks also can be lower cost if temperatures are limited to more sensible levels e.g. 70C

3-heatpumps systems need to get more efficient and more flexible. There are still limitations on what can be achieved as compressors don’t exist for 70C without being 500kW- a bit too big for individual buildings. Controls improvements can be achieved too.

What is not likely to happen is a dramatic falling in price ala photovoltaic panels. Heatpumps might not have gotten very far since 1852 but their associated technique of refrigeration and this industry has been working decade after decade to increase efficiency and lower cost to the point that only 15% of  a large refrigeration plant’s cost is CAPEX, the bulk being electricity cost. Heatpumps follow the same rule.

That’s about enough for now other than see the movie. It is awesome www.tinyurl.com/lego-awesome-movie

So how do you become an expert? 10,000 hours of practice. More on Malcom Gladwell’s best selling book and pertinence to heatpumps next blog.